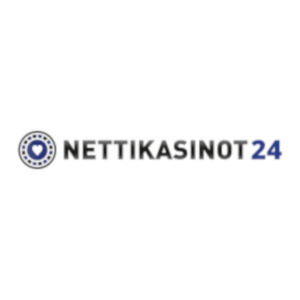 Croatia - good to go by bike

I travelled about a week in Croatia at Dalmatian coast and Croatian rocky islands by bike. By bus to Croatia from Estonia. My travel route included Zagreb, Split, Trogir, Zadar, Pag island, Rab island, Krk island, Cres island, Lovran, Opatija. Check the <A HREF=http://www.virtualtourist.com/m/.143428/article/153/6/?s=e>Travelogue - Croatia by bike</A> about this trip!<BR> Some facts: Population 4,500,000 inhabitants, 900,000 in Zagreb.

I travelled about a week in Croatia at Dalmatian coast and Croatian rocky islands by bike. By bus to Croatia from Estonia. My travel route included Zagreb, Split, Trogir, Zadar, Pag island, Rab island, Krk island, Cres island, Lovran, Opatija. Check the <A HREF=http://www.virtualtourist.com/m/.143428/article/153/6/?s=e>Travelogue - Croatia by bike</A> about this trip!<BR> Some facts: Population 4,500,000 inhabitants, 900,000 in Zagreb. 1185 islands, the biggest are Krk and Cres. Highest mountain: Dinara 1,831 m.

If You try to speak russian croatians may understand You not correctly because the language is different and words pronounced differently. But some words they may understand. It's better to talk german because english speaking people are only in big tourist centres.

Favorite Dish: Dalmatian prosciutto, Pag and Rab sheep cheese, boiled lamb, strudel with cheese, red wine (Plavac), strong drink Rakija. My favourite was on the Rab, but You can find this kind of restaurants everywhere on islands near Rijeka and Split. They serve local fish and seafood. They do it naturally good and prices are not expensive at all. Ask for local cheese it's amazingly good but as good cheeses it is not smelling very good :) Getting TO/AROUND: By car: useful information is on Croatian car Club page: see www.hak.hr.

By bus: Croatian Bus Station info is on the www.akz.hr page.

By plane: Croatian airport info is on the www.croatianairlines.hr page.

By train: to Zagreb or to biggest cities on coastline. Or by ferry from Italy over the Adriatic sea.

There are ferries between islands: non-stop or hourly going. Adriatic coastroad may be overcrowded by cars. By train: Croatian train info is on the Train info homepage.

Rab: One of the most popular Islands amoung tourists. It have nice town Rab, scuba diving centres, beaches, mountain bike routes, hiking routes, yachting harbors, camping facilities. At north side You can find rocky beaches for diving, in San Marino village sandy beaches for swimming. Rab town have many churches and old town full of Venice style buildings. From bell tower You can see all the city and small islands near Rab. Krk: It's very amazing to go to this island by ferry from Rab at evening. You will drive between great rocks rising directly from water. On one rock You can see huge text TITO, probably stoneyards... and if You have reached to Baska the sun is behind the mountains almost early evening. City itself is full of campings, beach promenade is very crowded (it's hard to drive a bike there) and restaurants may be full at evenings and early nights. It's forbidden to camp outside official campings, police will inspect the beaches at evening for campers. Most exciting city was Vrbnik on the Krk, but see more in my travelogue about Croatia by bike. Krk town is good place to go to beaches, diving centre is practically on the middle of the city. If You go to Cres from Krk town You will pass Vrh, small village/city up the mountains. It's pictoresque road to Vrh and from there to ferry to Cres. Krk is big Island near Rijeka. You can drive over Krk bridge to this Island. And by ferry to Rab island or to Cres Island. Cres: For bikers the island have deadly roads almost ;) But worth it. Cres is the highest island we tryed by bike. Tens of kilometers to climb by road, to hundreds of meters high... but views from mountains over the sea and islands are great! After the big climbing by bikes there must be a downdriving road. If we reached there we met thunderstorm. Again great experience! We know that breaks will not work then now :) and thundersturms may surprise You near Istria peninsula. Plitvice: You can find pictoresque place with 16 lakes connected with waterfalls and cascades there. Tourists can hike by wooden routes between cascades, one big lake has ships to carry tourists over the lake and train taking tourists back to the starting point. Ca 140 km from Zagreb to coast direction. Paklenica: Nice canyon on Adriatic coast is good for mountain and rock climbers, hikers and just nature lovers. For rock climbers You can find perfect places to climb with different difficulty levels. It's about 40 minutes to climb to mountain where You can go to excursion to caves about 500 m long. On Adriatic Coast, North from Zadar, turn to inland from Adriatic road about less than 1 km. Pag: There are not much tourists on this island and it's villages are quiet and peaceful. Pag town is famous for it's old town where You can look directly to people's living rooms because they usually don't use even doors at old buildings. Pag have nice beach to swim and diving centre. Yo can go there from Zadar over the Pag bridge or by Ziglien-Piska non-stop ferry line.

Avoid 'sea hedgehogs' or sea-urchins (looking like small hedgehogs) if swimming off the sandy beaches! There are a lot of them especially at the rocky beaches. On the picture: Sea-urchins left their pricks into feet of swimmers. Its awful to get them out!

Look where You go. Somewhere in mountains in Zadar-Gracac-Otocac triangle You can still be in danger and police may advice You don't go to some fields used as mine fields during the war. They are all cleaned but You never know... On the picture: Ruins of a house on the Dalmatian coast. This kind of houses (bombed, in ruins) travellers must avoid.